It’s been a busy week as NNF volunteers have taken to the streets, literally, in an attempt to let as many people as possible know about the threat that RSP’s proposal is.

We’ve had people out on the doorstep delivering over 50,000 leaflets. We’ve had people thanking us for letting them know – completely unaware until the point at which they got our leaflet.  For a statutory consultation, you’d expect them to contact everyone under the flight path but RSP seem to have taken an extremely laid back approach to this consultation.  We’ve heard them trumpeting via social media of the millions they’ve spent so far on it.  It hasn’t been spent on delivering leaflets to homes to alert you as to what they are planning though, has it?

We’ve also been in the streets of Ramsgate telling people about what the proposals would mean in terms of health, noise, schools, the environment and tourism. 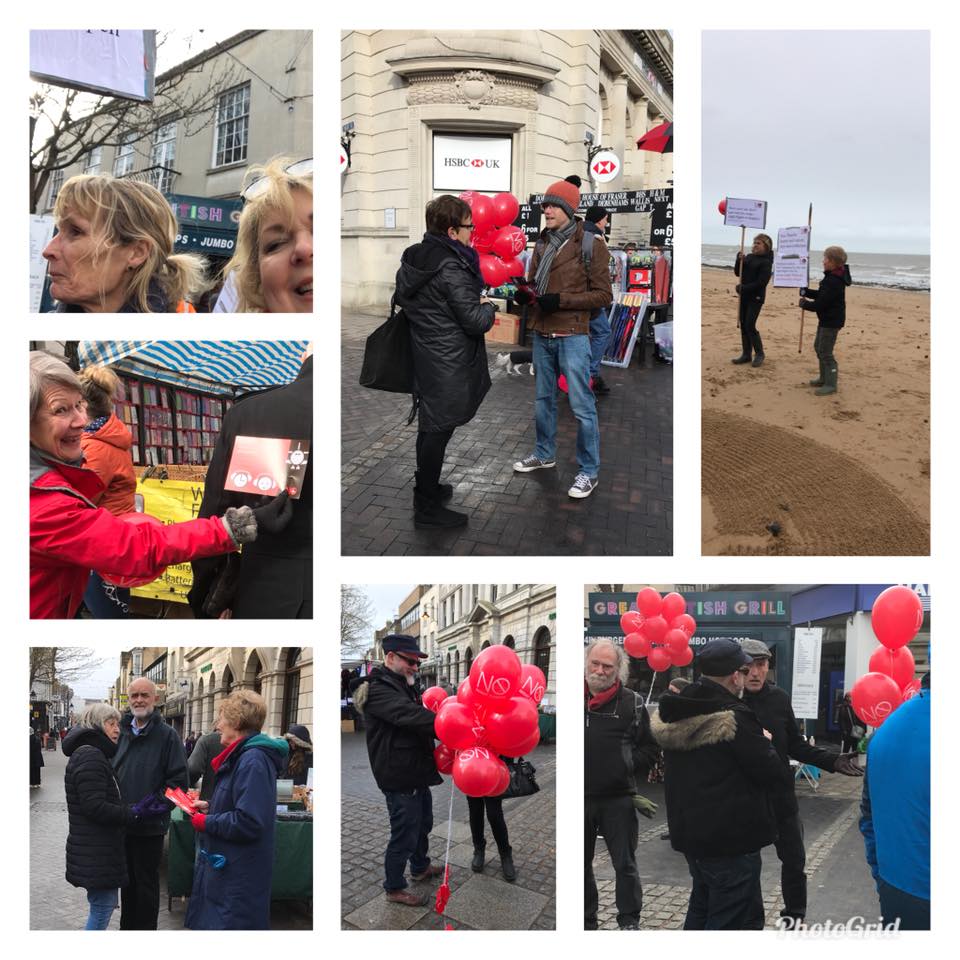 Roger Gale has again been all over the media saying there won’t be night flights.  Well, that’s not what RSP’s documentation tells us.  Buried in there, they are asking for a Quota Count (QC), basically a night time noise budget, that is bigger than the one Heathrow has.  Does that sound like no night flights?  In addition, their business plan is based on two 12 hours shifts.  Why would you need that unless you were planning on working through the night? Does that sound like no night flights? In the documentation it makes clear that they would like Manston to be able to accept planes with a QC of 4.  That’s a noisier plane than is allowed to land at Heathrow during the night.

They don’t want night flights? Come on.  They are trying to pull the wool over our eyes.

Last Saturday, whilst over 50 of us were in the town centre, we had others on the beach raking out in huge letters NO NIGHT FLIGHTS. 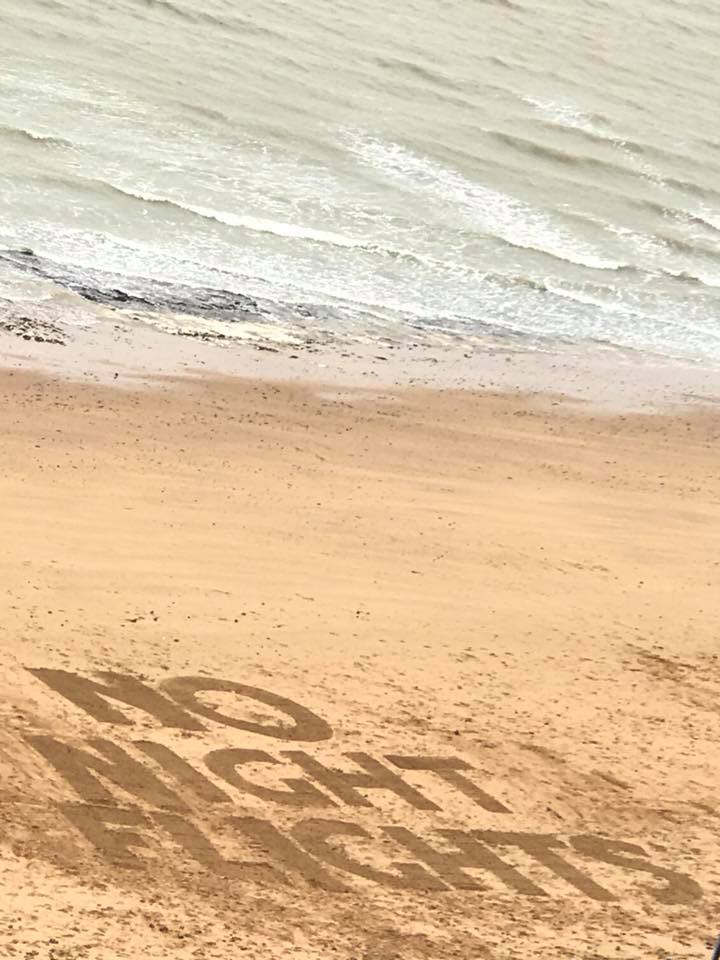 Brilliant effort and one the BBC came down later that afternoon to film.

Make sure you have your say and contact RSP before the end of today.

Also if residents could send us copies of the emails or even just to say you have sent one to the above addresses that would be great. the email address for Nnf is now no.night.flights140@gmail.com